I’m not a member of the Latino community but during 25 years of photographing other documentary subjects in London, I’ve noticed during my bus journeys which passed Elephant’s Shopping Centre, that more and more Spanish was being spoken, more Colombian and Ecuadorian flags hanging along the Walworth Road. This was my first inkling that a new community was growing here. Sometimes, in order to tour the perimeter of the soulless Elephant Park I have come specifically to Elephant & Castle, though more memorably, I came to watch England play Colombia in the World Cup. When Colombia was ahead, Colombia people danced and sang beautifully. But when England scored then eventually won, their dancing continued. This was inspiring for an Englishman to see a national spirit rise above such loss. On the day that the Shopping Centre closed, I entered the centre to witness the era’s end: Shopkeepers cleared away shop fittings and detritus of business decades, talking to their long-term trading neighbours and friends. I also listened to south Londoners who came in to pay their respects to the hangout of their youth, recounting where they’d met their partners or played after school. I wanted to photograph the final physical moment of this communal space, before being erased for good. I suspect however, that its spiritual influence will endure longer than the building itself. 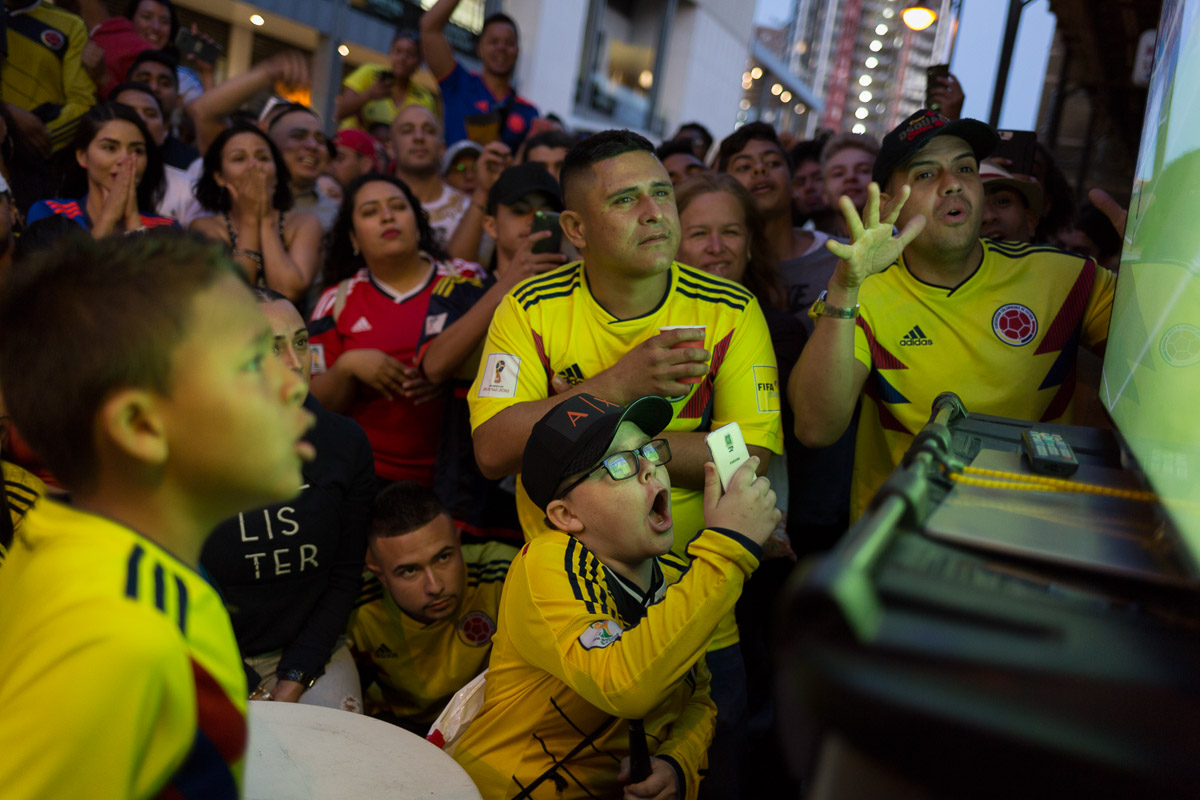 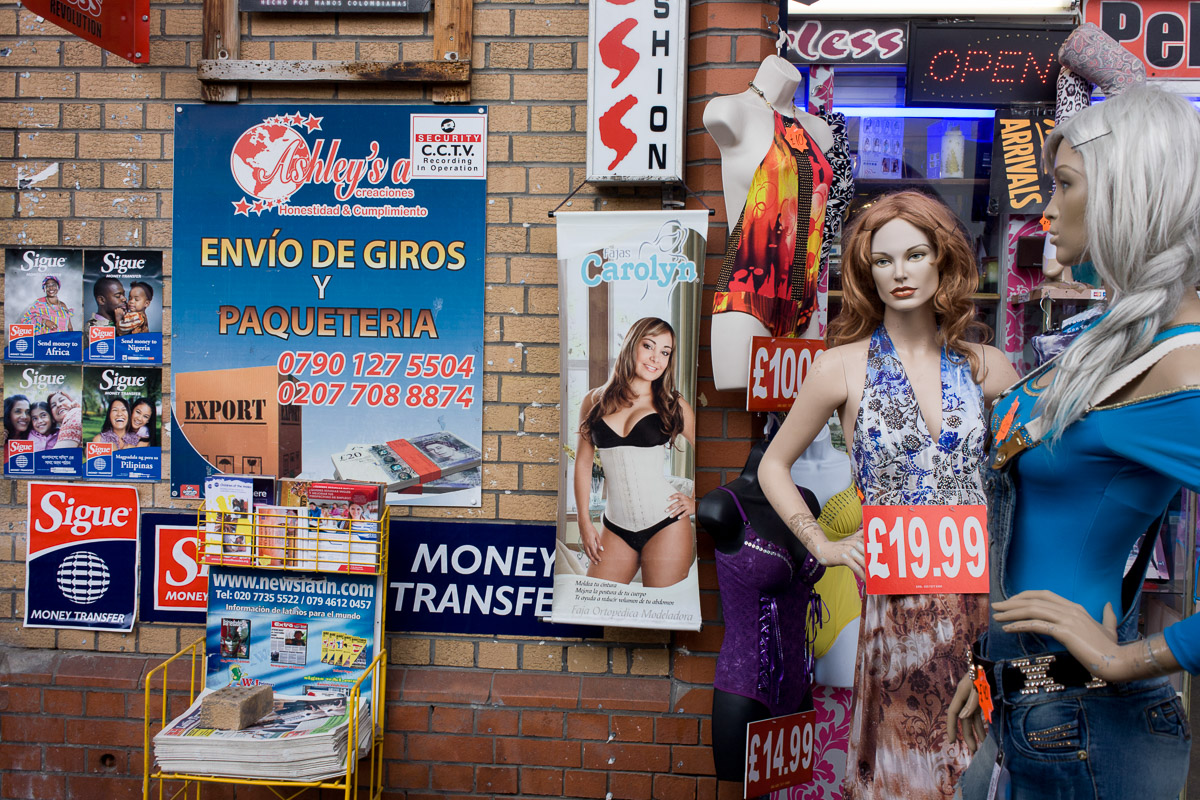 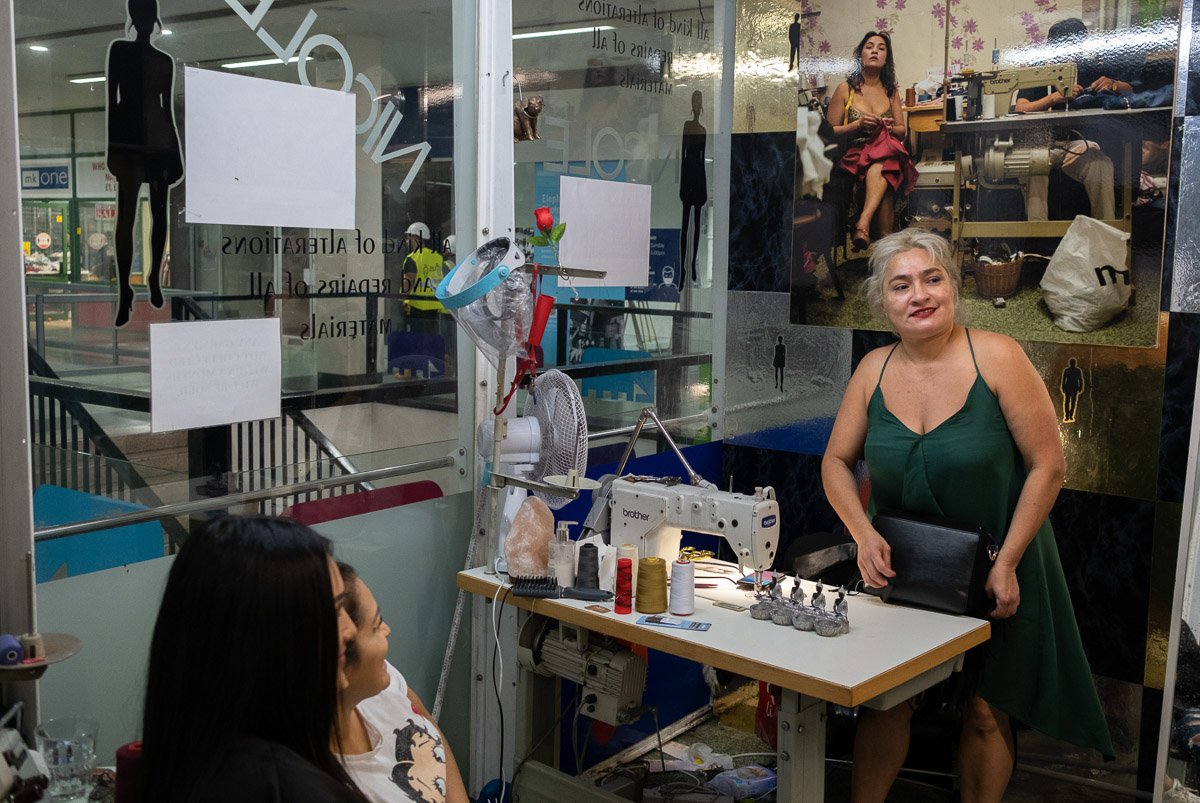 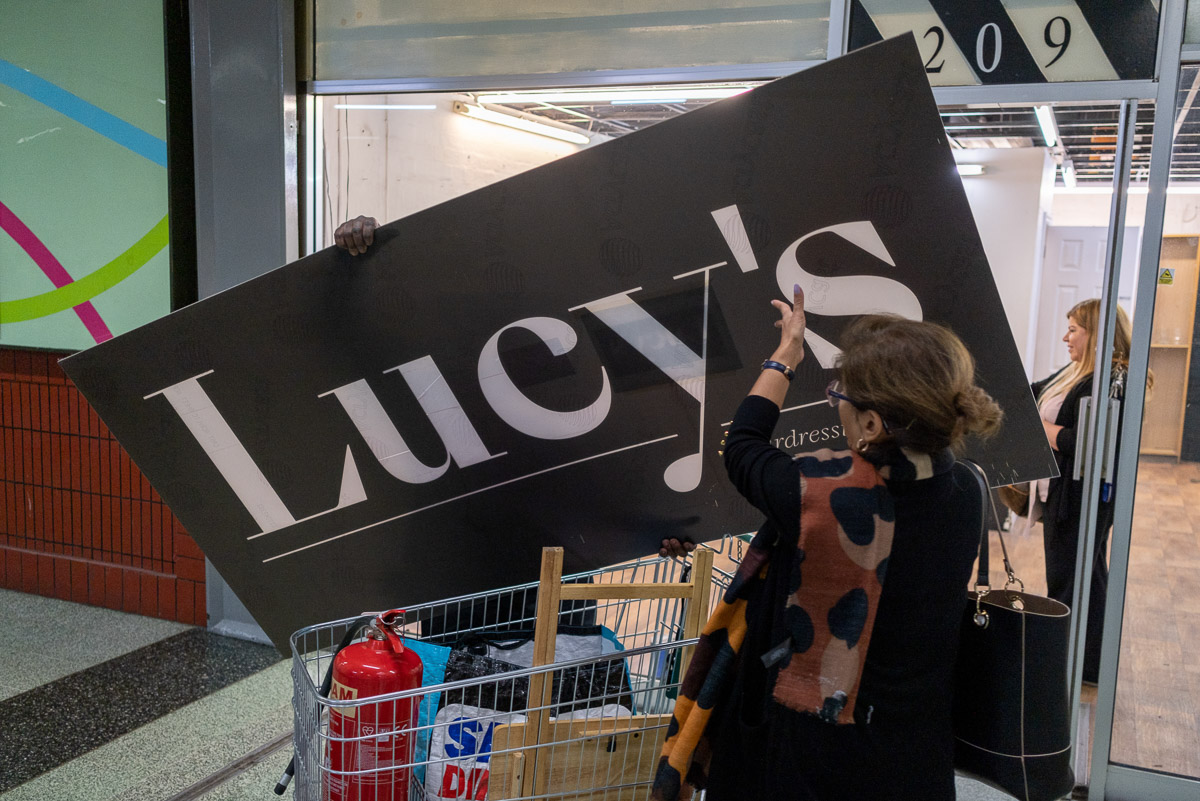